Like many of my Sys Admin brethren and sisters I often travel for work. Last year I spent over 250 nights in different hotels. Sure there are plenty of perks to traveling but I’m going to focus on the negative stuff because, well, that’s how I am.

Let’s get started shall we?

Know the local liquor laws before you travel

Few things suck more than spending 5 hours on a flight, 3 hours in airports and an hour in a rental car that runs on 3 squirrels only to find that you can’t buy liquor on a Sunday or even buy beer at a grocery store. This is very important since the days of packing a flask or two on your flight have gone bye bye. Plus, purchasing booze from your mini-bar is rarely a reimbursable expense. Trust me.

Pack your Aux audio cable first and then, if you have time, your passport

When you get your rental car you’ll thank me. Hell, you don’t know where your driving anyway so if you’re going to get lost you may as well be blasting your tunes. Plus, many hotels are leaving 1985 and replacing the old-school clock radios with Clock radios that actually have aux ports. You may as well wake up to Monty Python’s All Things Dull and Ugly as opposed some stat-icky morning douche jockey who should be DJing Karaoke at an Idaho truck stop.

Carry a few music CDs with you

You know that MSDN DVD pack you lug everywhere? Just Replace the BizTalk 2006 and Microsoft Customer Care Framework DVDs that you have never used with some choice CDs. You’ll thank me when Hertz gives you the latest Hyundai Sphincter that has a stereo with no Aux port.

Be friendly to the TSA \ Security agents at your home airport

After the same agents have seen your fake, smiling mug about 3 dozen times they will give you less crap. You want them to be as comfortable with you as your favorite bartenders are. No, you won’t get a free Guinness while you wait but you just may avoid an extra few finger-raping at the hands of that bitter agent who’s going through a divorce.

If someone wants to trade seats then it’s usually cool to accommodate them. I’m not talking about giving up seat 3B for 43E. Just don’t act like you just dilated to 9cm when a guy asks if he can sit next to his kid. It’s better anyway… It’s discombobulating watching Saw IV with an 11 year old kid sittin’ next to you. 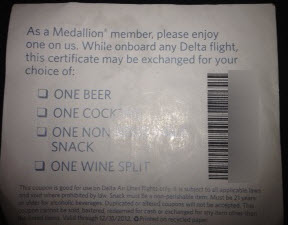 Remove all the crap in your seat pocket

C’mon, you need to make room for your iPad, that 6 year old company-supplied Dell PP09S laptop and that 763 page Group Policy Guide from Microsoft Press.

If you’re going to access the Internet in-flight, establish your session the moment you hit 10,000 feet

If you wait ’til you finish your movie then chances are good that you won’t get a session. Also, keep an eye out for that one person who tries stream Breaking Bad from Netflix at 1.3 kbps. Chances are they’ll ask for a refund within 15 minutes and then complain the rest of the flight.

First, that skin-tight CA shirt doesn’t even fit you and that Tech-Ed 2007 hat has never helped you score a hot (or even luke-warm) date. Second, computer vendor apparel only invites discussions or comments from other travelers and, if you’re a Sys Admin, human interaction probably isn’t your strong suit.

Check out Adam’s Sys Admin Drinking Game post. Still one of my faves.