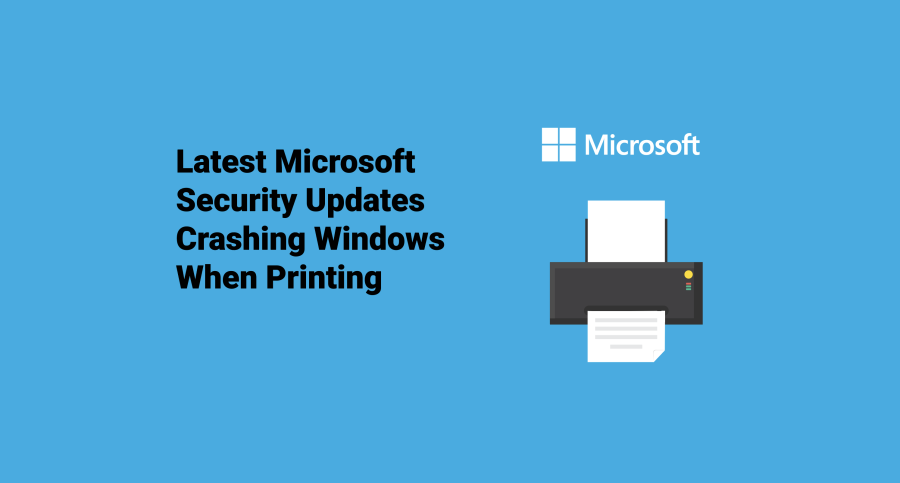 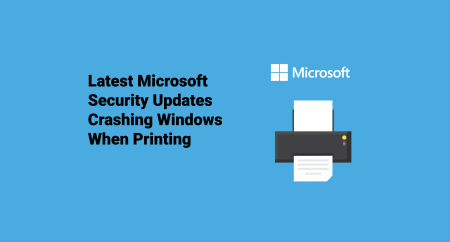 Update: Microsoft has released several out-of-band updates to address the BSoD issues detailed in this article. The KB’s are KB5001565, KB5001566, KB5001567, & KB5001568. Packages for these updates are available in PDQ Deploy’s package library. These new updates should also be available via automatic updates. The methods for dealing with faulty updates covered in this article are still relevant and may be useful for managing updates in the future.

As if Microsoft didn’t already have its hands full with its recent Exchange vulnerabilities, users are reporting that the latest Windows 10 security updates are crashing systems while attempting to print to certain network printers. You know what they say: when it rains, it pours, and our network printers stop working… or something like that.

March 2021's Patch Tuesday has come and gone, and with it, a flurry of new cumulative updates. Two updates in particular, though, seem to be the culprits behind the newest IT pain point. KB5000808 and KB5000802 are gaining a nasty reputation for not playing nice with certain network printers. While Kyocera printers seem to be the most widely reported, other printer brands that seem to be experiencing problems with these updates are Dymo, OKI Data, Zebra, and Ricoh.

Users are reporting that after applying these updates, they are no longer able to print to affected printers. Attempting to print to any affected device results in a BSoD (blue screen of death) with the following details:

How to fix the win32kfull.sys BSOD

Several methods of resolving these issues have come out online, though users are reporting varying degrees of success. The most common and successful solution seems to be uninstalling the updates. Unfortunately, since these are security updates, that means you may be opening up your systems to vulnerabilities by removing these updates. But, if you like living on the edge and aren’t afraid to roll those dice, this method should get your users off your back while you wait for Microsoft to patch the patch.

Here are a few different ways to remove the affected KBs.

If you only have a couple of affected machines and you don’t mind going for a walk, uninstalling this update through Control Panel is a pretty simple and straightforward process. 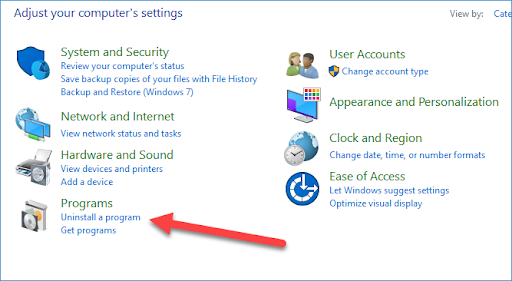 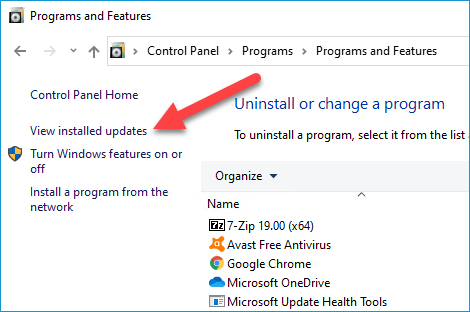 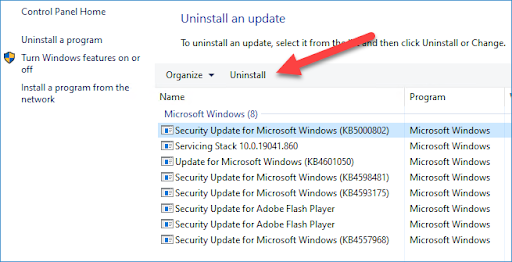 After running the uninstall, the system will ask for a reboot. Congrats, you can now blow through as much expensive toner as you want!

Similar results can be accomplished with the following commands in an elevated command prompt:

Suppose you’ve already applied these updates to hundreds of machines and are now being bombarded with phone calls from angry people saying you broke their computers. In that case, it’s time to use the power of PDQ Deploy & Inventory to get people back up and printing.

With our package created, we’re ready to deploy it to the affected workstations. We can use dynamic collections in PDQ Inventory to target only the computers with the KB installed.

To deploy this to computers with KB5000802, use the following script instead and deploy it to the Win 10 Version 2004 Cumulative Update 64-bit (Latest) collection in PDQ Inventory.

Some users have reported that switching to a Microsoft PCL6 or other type of driver has resolved the issues for them. The downside to this is you may lose some functionality with the printer.

A Microsoft employee also offered the following resolution on Reddit.

“If you run into APC_INDEX_MISMATCH BSOD, you can try these steps as a mitigation until Microsoft addresses it in the future"

This should allow 32bit apps to print on 64bit OS without crashing.

It’s times like these that people should reflect on their patch management policy and determine if changes should be made. With critical vulnerabilities, implementing patches should be the highest priority. However, if security updates are low risk, then waiting a few days or even a week before patching may better serve your organization. Within a week, known issues will usually be reported and often fixed. Microsoft has been criticized in the past for not thoroughly testing their updates, don’t let them make you their test subjects.