We have added some new filter comparisons that you can use in your PDQ Inventory collection and report filters. These are known as the Version comparisons and are available in at least version 1.1.1 beta 1 (which is a public beta for Inventory 1.2). If you want to be notified when new beta versions are available you can sign up for notifications here.

The available Version comparisons are:

At this point, rename this new collection to something like Office 2010 (No SP).

Click the Version link and select the version lower than comparison. Enter the value 14.0.6023.1000 in the comparison field. (Enter this value for any filter you have specified)

Your new Collection filter should look something like this: 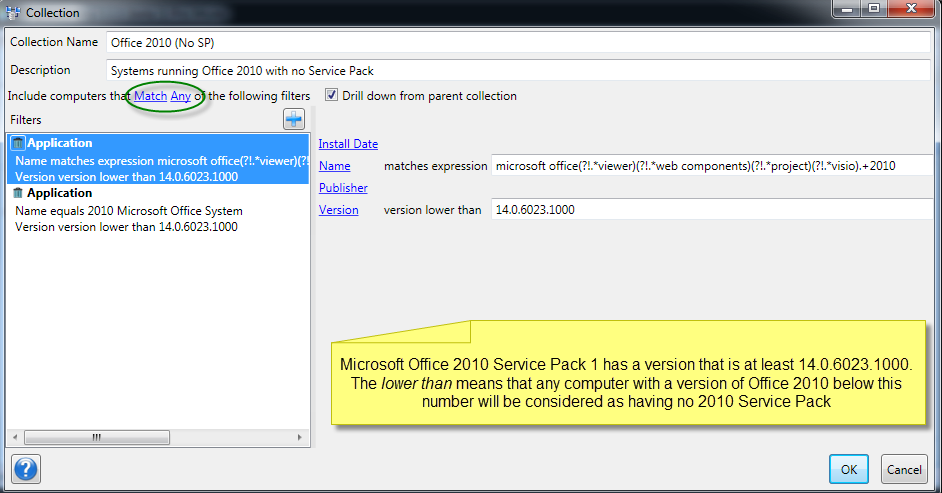 This collection has two filters. In order for a computer to be a member it must meet the requirements for 1 of these filters (that is where the Match Any grouping comes in). Notice that we have added a version lower than comparison on the Version column in both filters. 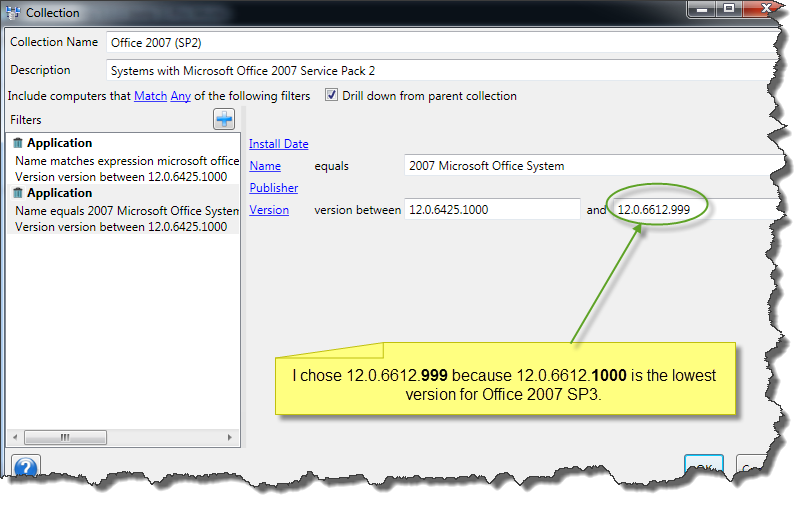 Let’s create a report showing all computers that are running Java Runtime Environment (JRE) 6 with update lower than 31. To know what version to look for, just go to open a computer (in PDQ Inventory) that is running version 31 and see how it’s version is displayed in the Applications panel. I can tell from the screenshot below that Java 6 Update 31 will have a version of 6.0.310.

Go to the Report menu and select New Report > Basic. Call your new report something like “Java 6 lower than Update 31”. On the Columns tab click the Add Column button and add Computer > Name. The Computer Name column should show up. Add two more columns, Applications > Name and Applications Version.

After you have entered which columns you want to display go to the Filters tab. Click the Add Filter button. A new Filter will be created. At this point click the Add Column button and select Application > Name. Choose the starts with comparison and enter Java(TM) 6 in the field. Click Add Column and choose Application > Version. Choose the version lower than comparison and type in 6.0.310. 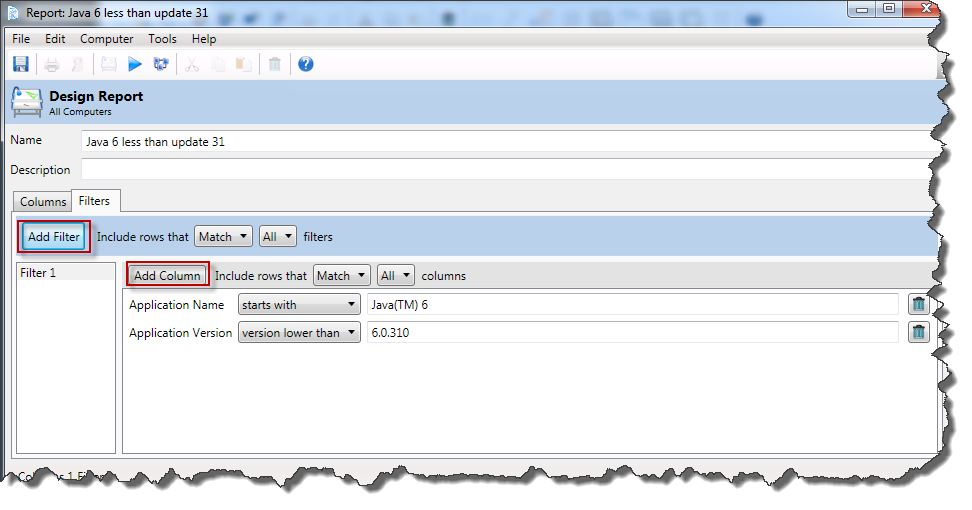 Click the Run Report icon and (assuming you have computers that meet these filter criteria) you should see a window which looks something like the image below. In order to save your new report you must be running PDQ Inventory.