Deploying an EXE - InstallShield for MSI 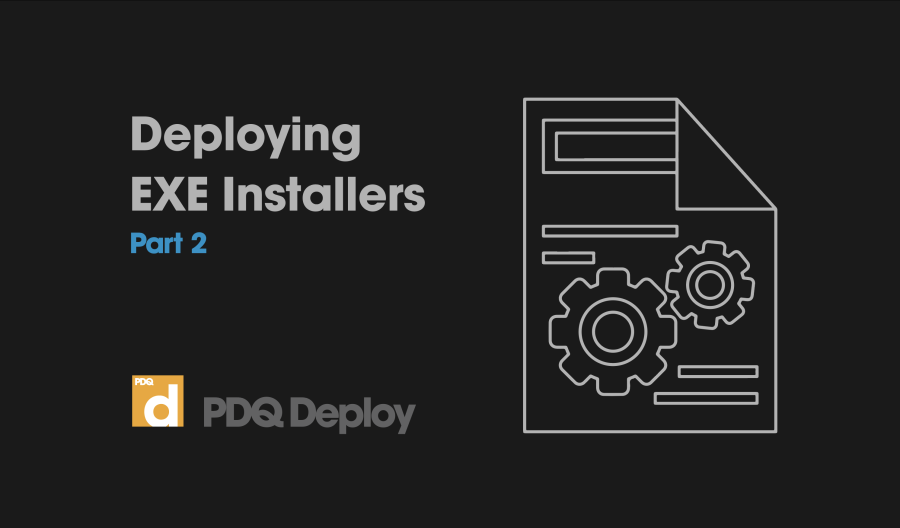 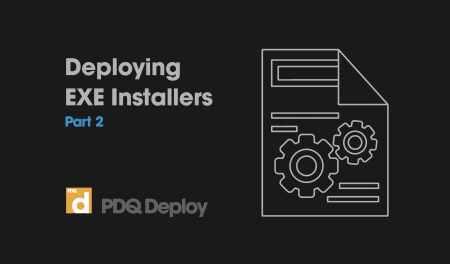 *.exe files are synonymous with software installation and are easily the most ubiquitous means of packaging software for distribution. This means that vendors and developers have had time to work out the kinks, settle in on an accepted industry standard, innovate, provide clear documentation, right?

If you consider dozens of disparate, proprietary or open-source, and poorly documented methods of packaging their software into a single executable a “standard,” then they’ve got that in spades!

Let’s do a quick bit of fun trivia:

Which one of the following switches can be used to indicate a silent install for setup.exe?

All of the above! Or none of them. Or some of them in weird ways that make you stare at them and think “what have I done to deserve this?”.

If you’re down for a wild, wacky, and exciting learning experience, buckle up! If you just want to dive in and get to work without all the fluff, scroll down to the final example.

Quick Note: Because the vast majority of installers we all use day-to-day are created with older versions of these solutions, that’s where we’ll be focusing our attention.

The Not So G(old) Standard - Installshield for MSI

InstallShield for MSI is InstallShield’s “answer” to Microsoft’s MSI standard. It allows for the creation of MSI files which can be released as-is, or released with an accompanying exe file. This method is referred to as a “Basic MSI” package. Here are the most common switches for this method:

When dealing with an InstallShield for MSI exe, you combine custom switches with the standard MSI switches:

Simple enough. Until it’s not. We all know exe files are basically just fancy archives. What happens if the initial setup.exe is actually just extracting a different exe that actually handles interacting with an MSI?

This is more common than you may think, with developers often using newer versions of InstallShield to repackage updates to existing products or including older redistributables with their products.

In a situation like that (let’s say there is 1 additional .exe extracted), you would need to provide the necessary switches for each subsequent .exe called:

That’s it in a nutshell. As with all packages regardless of the framework, the complexity of switches will vary and you will always run into some packages that just cannot be completely silent.

Now to put it all together into a coherent and flexible package in Deploy.

Put it All Together

Here is an example below of how you would set this up in PDQ Deploy at the most basic level.

There you have it. This is just one way that an EXE can be deployed, as long as it was made with InstallShield’s MSI offering, it does not have custom dialogue boxes that fail to follow standards, and the developer builds in proper automation support. And even then…well, that’s enough doom and gloom for now.

In the words of the unintentionally wise and topical Brian Fantana:

Stay strong and remember, if you use PDQ Deploy your chances of success increase substantially!

Ryan was an employee at PDQ.