How To Deploy Microsoft Edge for Business 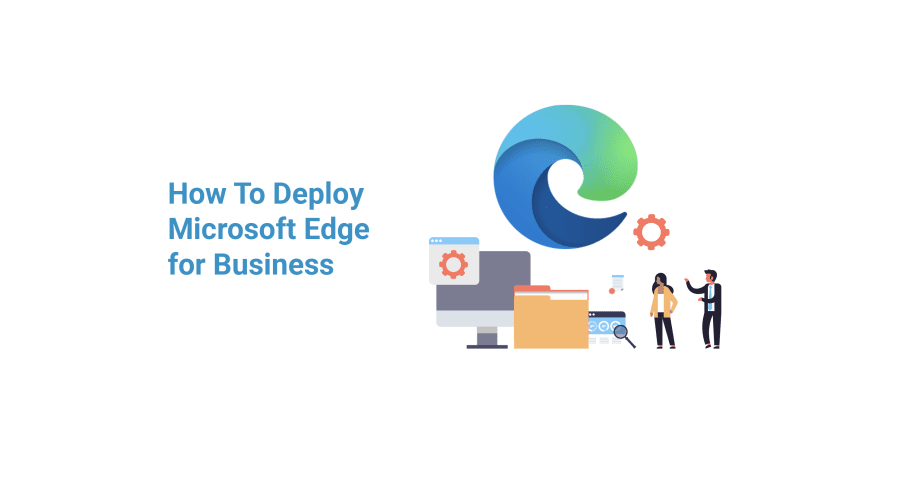 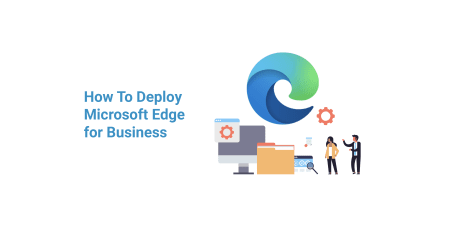 Oh, how the mighty have fallen. Microsoft used to be a dominant force in the web browser space. By packaging Internet Explorer with Windows operating systems and with some shady tactics, Microsoft quickly became the leading web browser, eclipsing Netscape by 1998, 3 years after release. At its height in 2002 and 2003, 95% of all users accessed the internet using Internet Explorer. However, if history has taught us anything, it’s that nothing is ever too big to fail. Like the Roman Empire, Pogs, and Blockbusters before it, Internet Explorer also fell victim to its own success.  Being slow to change, Internet Explorer was soon overshadowed by quicker, more advanced browsers. By 2012, Chrome had replaced Internet Explorer as the most popular web browser. Now, barely a shadow of its former self, Internet Explorer and Edge combined make up about 10% of all desktop web browser usage. But hey, at least we got some excellent memes out of it, right? 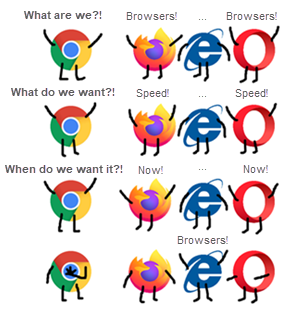 As bleak as 10% sounds, Microsoft’s situation isn’t all bad.  Being the only browsers included by default with Windows is hugely advantageous, even if it’s only primarily used to download other browsers.  Additionally, Microsoft is learning from its mistakes and is willing to make radical changes to once again compete for a chance to become user’s default browser.  On January 15, 2020, Microsoft released Edge, built on Chromium.  This change drastically improved Edge’s website rendering accuracy and compatibility, resolving many of the issues that have plagued Edge since its initial release.

Here at PDQ.com, we specialize in making your life easier.  Let me show you how, with PDQ Deploy, you can distribute Edge for business to hundreds of computers in just a few clicks.  If you don’t have PDQ Deploy or PDQ Inventory and you want to follow along, you can download a free 14-day trial here.

Since this package is an auto download package, Edge will update automatically within PDQ Deploy as new versions are released.  By default, new versions are approved within seven days of being released.  You can modify this setting in Options > Preferences > Auto Download.

With Edge downloaded, let’s first create a schedule that will automatically deploy the package for us.

With a deployment schedule created, the devices in the targeted collection will continue to receive the newest version on Edge once it’s released and approved automatically.  Since I’m impatient, let’s go ahead and manually start a deployment so we don’t have to wait for the schedule to kick off. 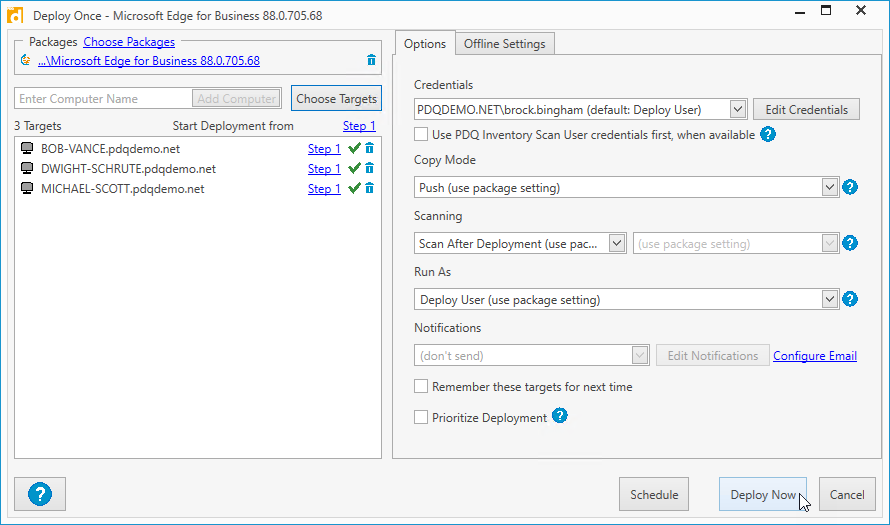 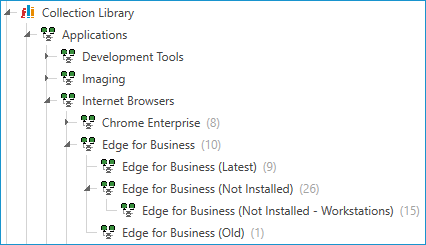 Maybe my words were a bit harsh towards Internet Explorer.  It did serve as the default browser for millions of users for well over a decade.  It may have its security flaws, and it may be a bit slow, but it got us through to better times.  With Internet Explorer reaching its end of life on August 17th, 2021, we won’t see it ever regain the userbase it once had.  However, its younger sibling, Edge, is shaping up to be a legitimate browser option and may have what it takes to once again be a dominant force in the desktop web browser market.

If you want to learn more about automating deployments and making your life easier, check out our Set it n’ forget it video.  Lex goes over the pros and cons of automation and shows you how to be as lazy as possible and still get the job done.