Alternative to DFS – Deploying To Remote Sites With PowerShell 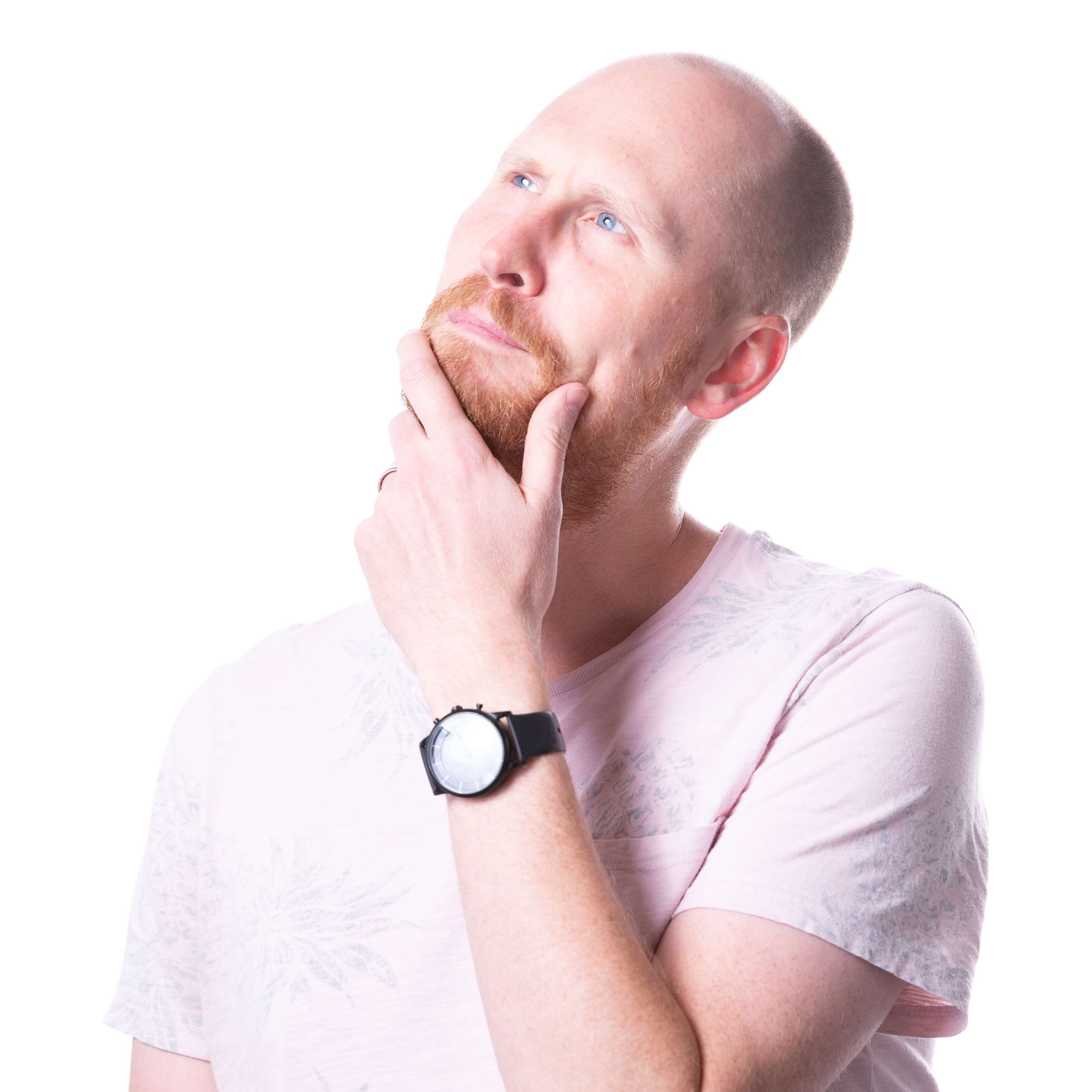 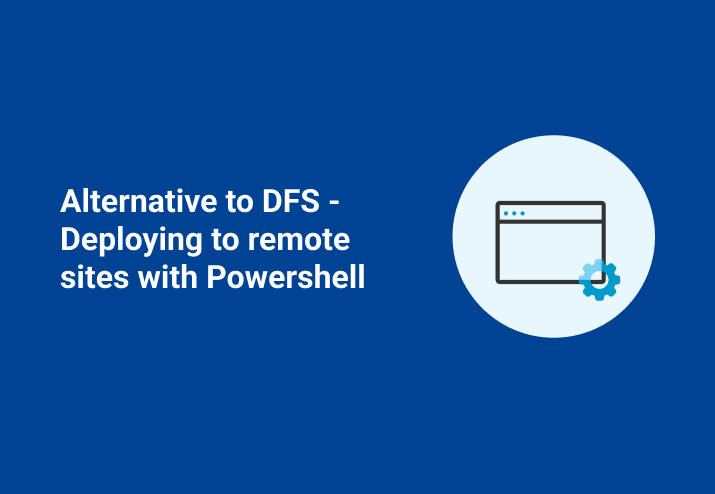 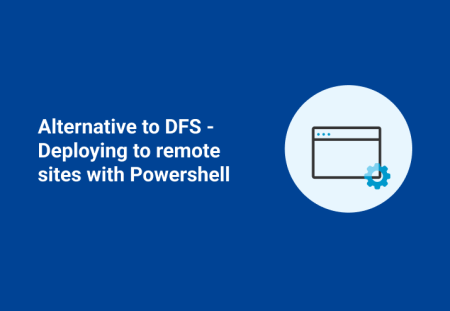 If you’re getting tired of paying overage fees to the blood-sucking vampires that run the ISPs servicing your remote sites, I’m going to show you an alternative to DFS which allows you to cache your deploy patch /install files to each remote site. Target machines can then grab the install files from their closest cache server instead of downloading individual copies across a slow WAN connection.

Using PowerShell as an Alternative to DFS

Sometimes DFS isn’t the answer for your environment. Maybe your remote sites are all on the same subnet, so namespaces can’t resolve to the closest server. Or maybe ‘DFS’ are the initials of the Ex who broke your heart and… you know… you’re just not ready. Whatever the reason, here’s an alternative to DFS which saves bandwidth when deploying to remote sites using PowerShell and Robocopy.

Step 1 – Find a local computer to cache install files on.

The first part of our deployment will run ‘Get Closest Server.ps1’ on our target machine to find a close server we can cache the install files on. This script does the following:

In my testing, this has been a reliable way to find a server on the local network. Any machine at a different site should have a significantly higher ping time than the one onsite.

Function ‘CheckFilesAndCopy’ does a few things:

3. Robocopy from the cache server to the target machine. Uses the /xo flag so it doesn’t recopy the files if they have the same name and modified date.

Now that the files have been copied to the target machine, you can run your silent install string. Just update your variables in ‘Run Install.ps1’

Step 4 – Clean up local install files (Optional), or leave them behind if storage space is more available than bandwidth.

If you’d like to clean up files (Remove-Item) on the target machine, just add this line after the Start-Process cmdlet which runs the install command:

Putting it all together in PDQ Deploy

I like to separate the ‘Get Closest Server’ script into its own Deploy package so that I can run it separately to see where machines are. You can do that with an Inventory collection that looks at environment variables.* 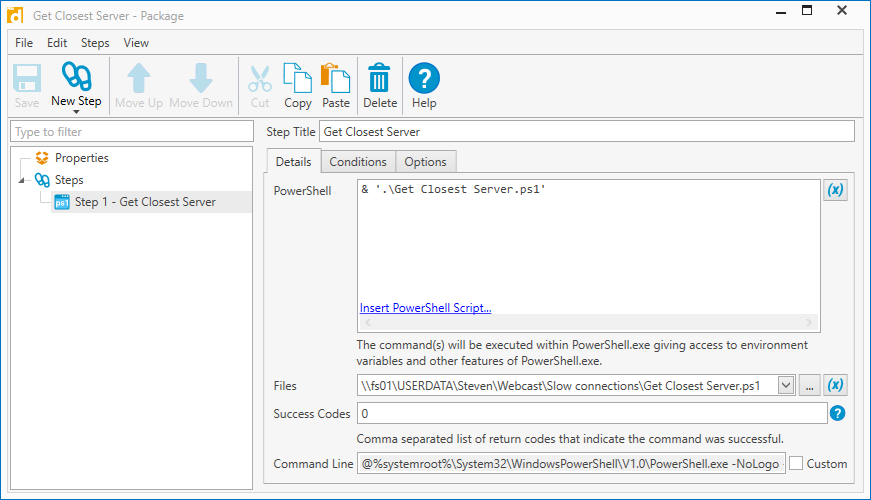 Then I create a second deployment with three steps: 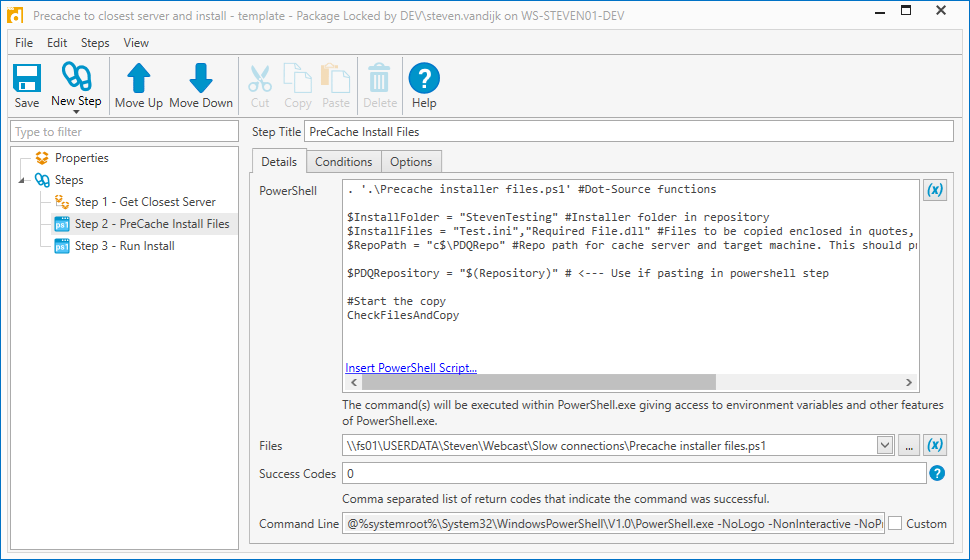 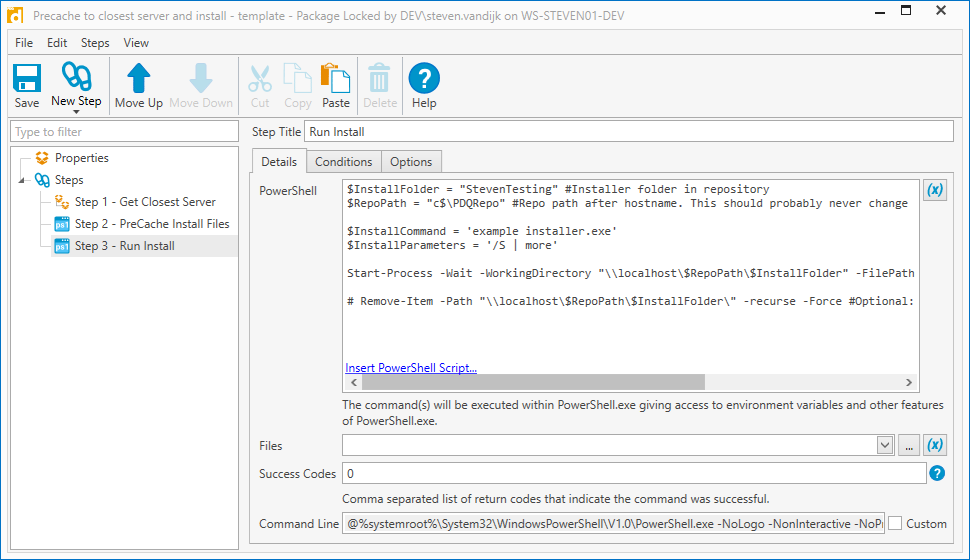 *Bonus: Inventory report to display the closest servers of your target machines 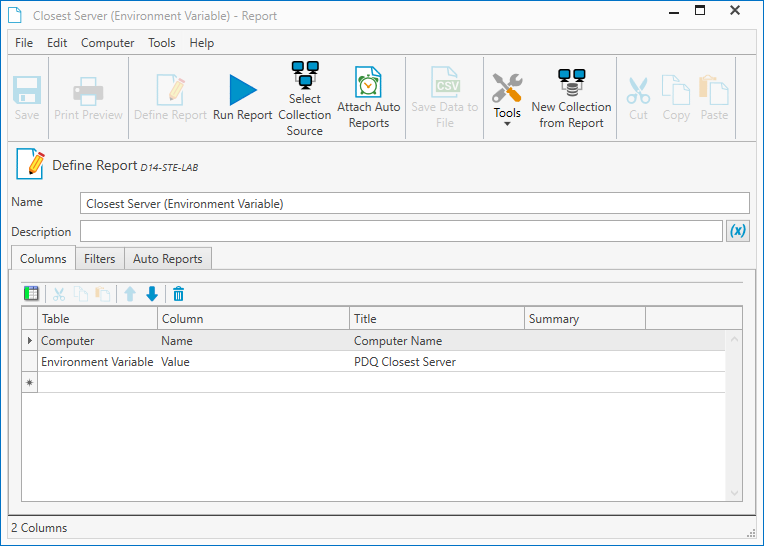 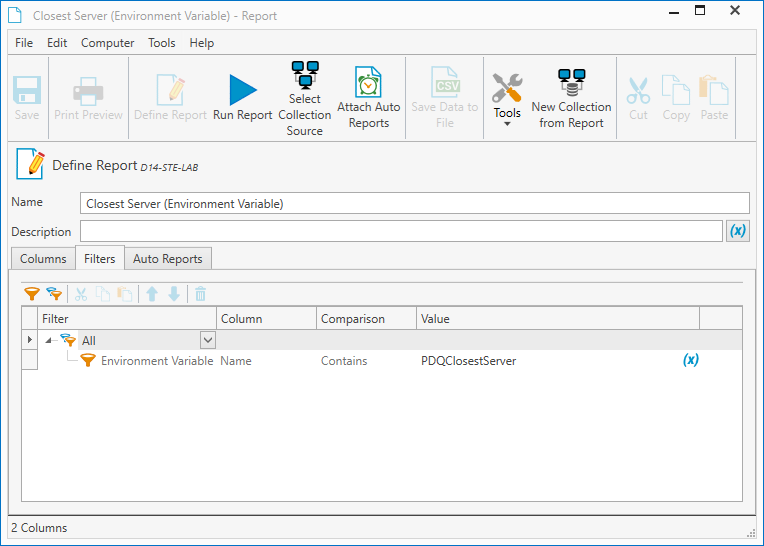 DFS is usually the best option for spreading out network load, but in situations when that’s not an option, you can use this method an alternative to DFS and script your deployments to use a cache server. I hope this method saves you some headaches copying files to your remote site in the Siberian wilderness with that spotty satellite connection, or your site in rural Vermont still running on dial-up. Drop a comment if you run into any problems or tweak this method to do other cool stuff!

And if videos are more your thing, here’s the webcast Lex and I did on this subject.

Steven has over 8+ years of experience in system administration and software engineering. Steven codes exclusively on ErgoDox keyboards.