How to repair or reinstall .NET framework 3.5 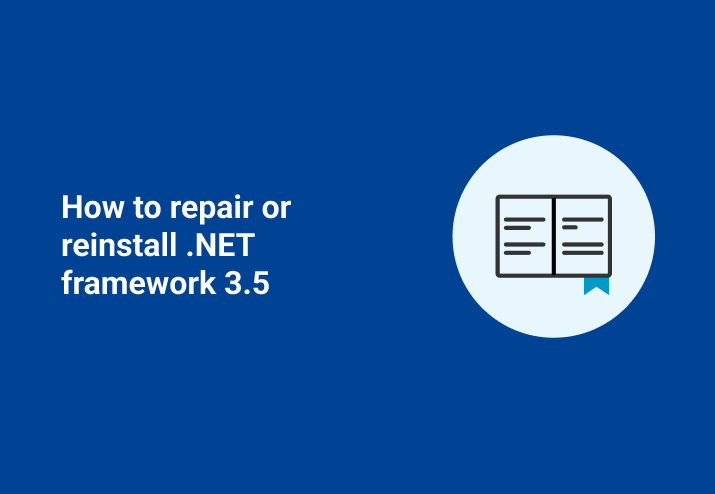 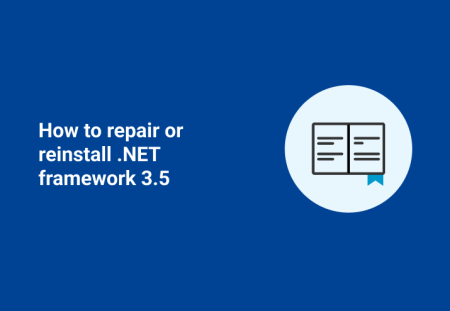 There are times when .NET Framework can get corrupted on a computer. A corrupt .NET 3.5 can prevent PDQ Inventory from successfully scanning / managing the computer. To repair .NET Framework 3.5 refer to the instructions below. It is suggested that you log into the problem computer to repair. This way you can get some good feedback on whether the repair worked.

.NET Framework 3.5 SP1 is included in these two OSes and cannot be installed, repaired or uninstalled via the .NET Framework setup file. They need to be enabled or disabled as Windows Features. In Windows 7 and 2008R2 disabling .NET 3.5 SP1 is the same thing as Uninstalling or removing. Note: A reboot may be required after disabling/removing .NET 3.5 SP1.

To repair from the command line

Open cmd.exe in an Elevated session (needed if UAC is implemented).

The next step is to disable the .NET 3 Windows Feature.

Run the following command at your command line:

(note that when using DISM all Feature Names are Case Sensitive. Using “netfx3” will result in a failure)

After you successfully disable the NetFx3 feature you can now re-enable it. Re-enabling is the same thing as Installing.

The screenshot below shows the results of both commands run in sequence. 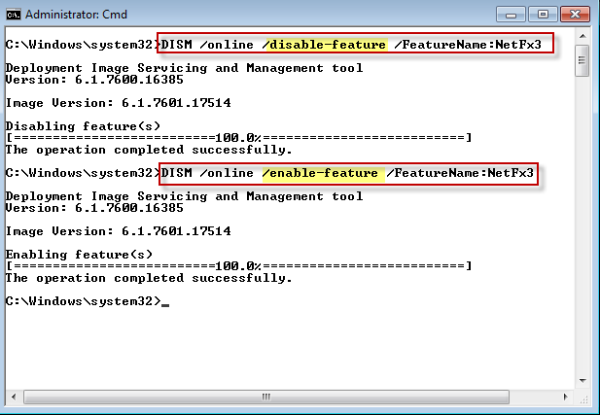 To repair manually from GUI

After Windows disables the feature you will need to go back  re-enable Microsoft .NET Framework 3.5.1 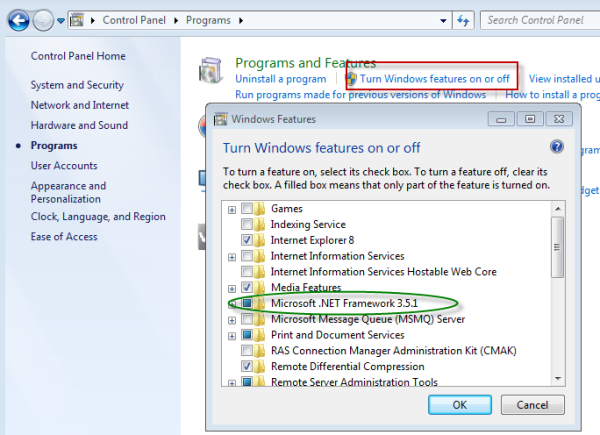 To Repair From Command Line

Open cmd.exe in an Elevated session (needed if UAC is implemented).

The next step is to call the Setup.exe and pass the appropriate command line arguments.

Run the following command at your command line:

If you pass the

argument you will still see the uninstall window but you will not be prompted for any input. Do not use /qb if you are going to deploy the .NET installation / repair via PDQ Deploy. Instead use the

argument as this will suppress all install windows.

To Repair Manually from GUI

Go to the .NET setup directory in

After the .NET installation files are loaded the following window will appear.

Choose to Repair (recommended) or Uninstall. If you choose to Uninstall you will need to re-install .NET again. 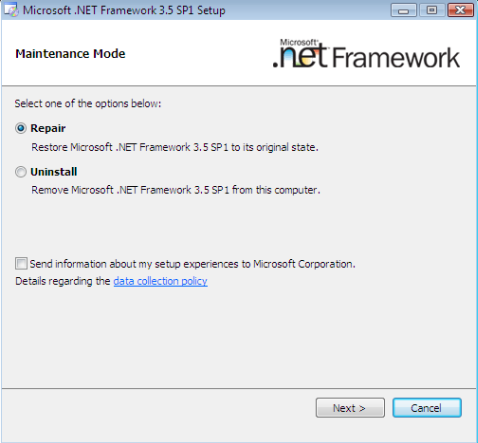