Powerup your PowerShell scanners with Git 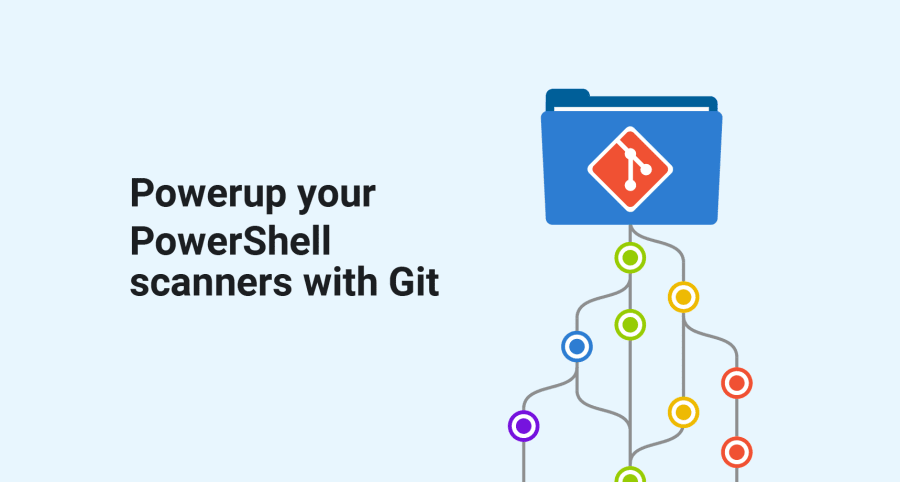 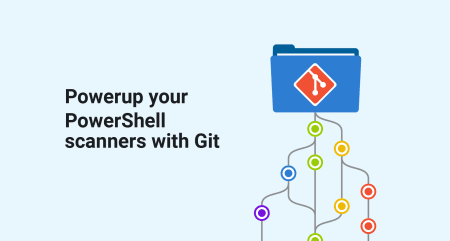 There's something magical about taking something good and making it great. Twinkies? Good. Deep-fried Twinkies covered in powdered sugar? Amazing. Perhaps a more relevant example of making awesome things even more awesome is when you combine PDQ Inventory's PowerShell Scanners with GitHub. What makes this a match made in heaven, and how can you take advantage of it? Let's find out!

What are Git and GitHub? 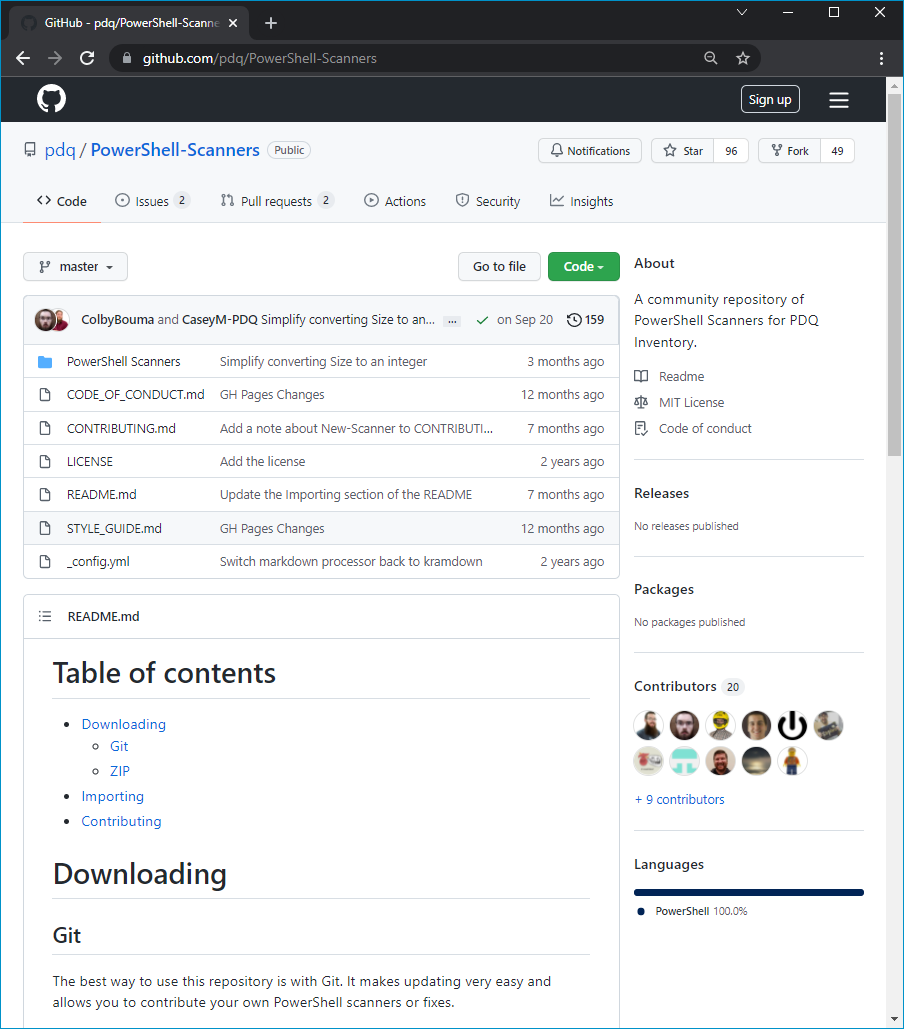 To understand what GitHub is, you first need to understand what Git is. Git is an open-source, distributed versioning control system developed by Linus Torvalds. If that name rings a bell, that's because he's the primary developer behind the Linux kernel. Yeah, he's kind of a big deal. Anyways, Git was created as a way for developers to collaborate on projects while maintaining versioning control and historical records. Focused on speed, simplicity, and a distributed design, Git makes it easy for developers all over the world to contribute to projects without the fear of accidentally altering a master branch.

GitHub, on the other hand, is a cloud-based Git repository hosting service. While Git is traditionally managed from a command-line interface, GitHub provides a simple, intuitive graphical web interface to manage Git repositories. GitHub also layers in additional features to simplify collaboration, access controls, forking, pull requests, and merging. GitHub's functionality has made it a very popular platform, and not just for developers. A diverse collection of project types are taking advantage of Git and GitHub's features. In fact, Microsoft thought GitHub was such a useful platform that they acquired it in 2018 for $7.5 billion.

Expanding your scanner library With Git and GitHub

One of the ways PDQ.com utilizes GitHub is by hosting Git repositories dedicated to providing expanded functionality in PDQ Deploy and PDQ Inventory. The great thing about these repositories is that they are open to the public, which enables our super-smart users to submit their own useful additions to the repositories.

One of the repositories we host on GitHub is the PowerShell-Scanners repository, which contains dozens of useful PowerShell scanners that can be imported into PDQ Inventory. Let's take a look at how we can use Git to clone the repo onto our local machine.

The first thing we need to do is install Git on our machine. Luckily, PDQ Deploy has a pre-built Git package that we can use to make this step super easy.

Once Git has been installed, we can use it to clone the PowerShell Scanner repo using a simple, one-line Git command. 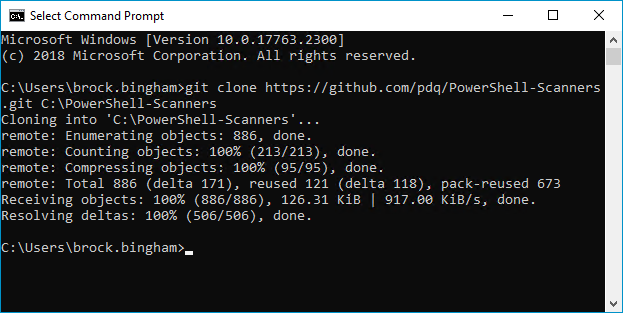 This Git command will create a copy of the repo onto the root of your C: drive. 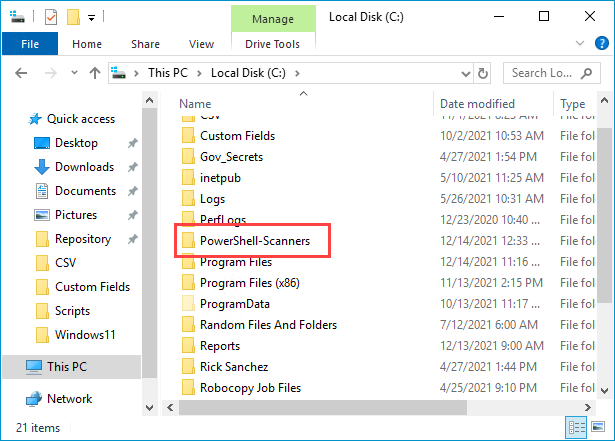 If you want to update your local copy of the repository in the future, Git makes it super easy by using the following command:

Before you start importing scanners into PDQ Inventory, I recommend browsing through the list of scanners you just cloned from the repo. Each scanner is organized into its own folder, and each folder contains a README.md file which can be opened with Notepad.exe. The readme files describe what the scanners do. For example, if I browse out to C:\PowerShell-Scanners\PowerShell Scanners\DNS Servers and open up the README.md file, here's the information it gives me about the DNS Servers scanner. 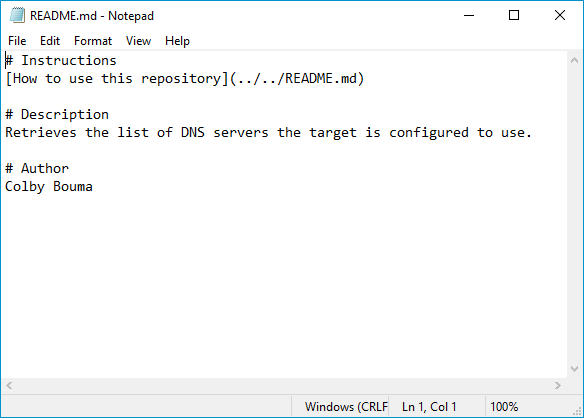 # Instructions [How to use this repository](../../README.md) # Description Retrieves the list of DNS servers the target is configured to use. # Author Colby Bouma

Browsing through the available scanners and reading their readme files will give you an idea of how you can best utilize the scanners from the repo.

Now that we have our PowerShell-Scanners repository cloned, we can import the scanners into PDQ Inventory. If you

With our new scan profile imported, we can run it just like any of the built-in scan profiles.

Git and GitHub are changing the way people collaborate on projects. And while learning these systems can seem daunting at first, once you get past the basics, you'll find these platforms offer a lot of functionality that you can utilize to enhance your next project's workflow.