How to encrypt credentials & secure passwords with PowerShell pt 1 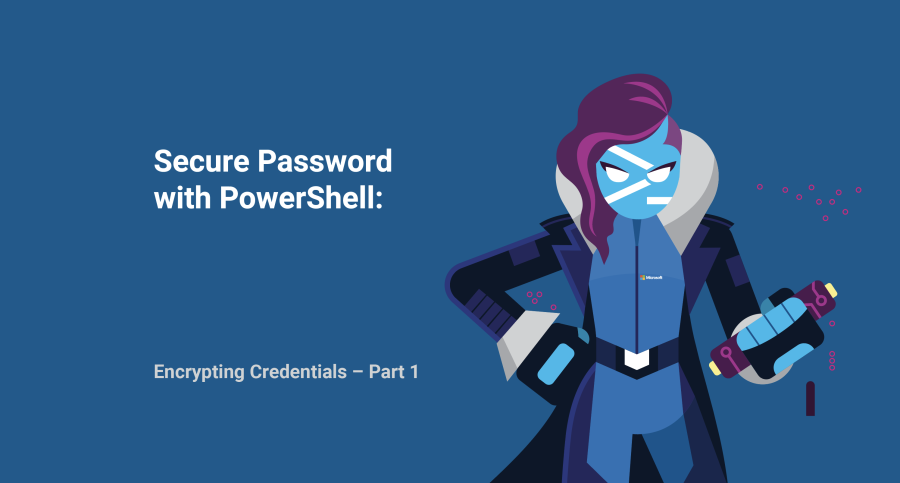 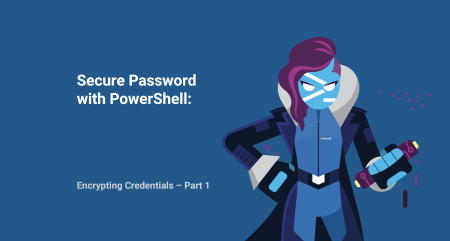 Like many systems administrators out there, I’ve often found myself with tasks eligible for automation. Automating is great with PowerShell until you need to pass credentials into a script.

I have seen many administrators put passwords into the body of their script. For testing purposes, this could considered a forgivable offense. In production scripts, putting your passwords in plain view is not only a bad thing…it’s a terrifying thing. It should be a cardinal sin. But you can secure a password with PowerShell (or at least reduce password visibility).

First, we'll learn how to supply a credential without having to save it pants-down plain-text in your script for all the world (or your office) to see.

Notice that when you access the variable $MyCredential, you are able to see the username but not the password. It only displays, "System.Security.SecureString" on the screen. This is because the password is now stored as a SecureString.

Or you can use Read-Host to prompt for input and store the result in a variable. This includes prompting for a SecureString (for a password).

The output is very similar to the output of the Get-Credential variable we used, $MyCredential. It shows the username as "MyUserName" and the password as "System.Security.SecureString."

This is great for manual runs of scripts as it helps to remove the password from the script, but it doesn’t really help with our automation. We’re looking for a solution that will be able to run automatically without having to constantly supply credentials via Get-Credential/Read-Host or by leaving our passwords in plain view for anybody to read.

ConvertTo-SecureString – Encrypting passwords and other strings

When you are not using the –Key or –SecureKey parameters, PowerShell uses the Windows Data Protection API to encrypt/decrypt your strings. This effectively means that only the same user account on the same computer will be able to use this encrypted string. That is something to keep in mind as you attempt to automate any scripts. If you’re using a service account, you’ll need to use the –Key or -SecureKey parameters.

Let’s say you want to take the text “P@ssword1” and convert it to a SecureString. Since this is a plain text string, we’re going to use the –AsPlainText and –Force parameters.

Use ConvertFrom-SecureString to convert secure strings into encrypted standard strings. You can use the command directly or pipe results into the command.

Following the same example above, we’ll take the output of the previous example and pipe it into the ConvertFrom-SecureString command to get an encrypted standard string.

The result is an encrypted standard string that you can then save for later retrieval.

Any one of these examples should provide you with a Password.txt file that has an encrypted standard string the represents the password.

When you need to use this encrypted password, you simply reverse the process by importing the data from your file and use ConvertTo-SecureString. If all you need is a SecureString, you can stop there. You could even take it a step further and create a PSCredential object.

This will not stop anybody who knows what they’re doing from decrypting your password or from reusing your encrypted password if they ever are able to compromise your login. The whole point of converting your password to a SecureString and storing it in a file is to keep it out of plain text in your scripts so that it’s not as easily discovered. It’s not foolproof, but it’s pretty good.

If you want to be able to share a credential with multiple machines/logins/etc, then you’ll need to use Keys/SecureKeys. I’ll save that for another post.