A conversation with Eric Stoick and Jordan Ekern 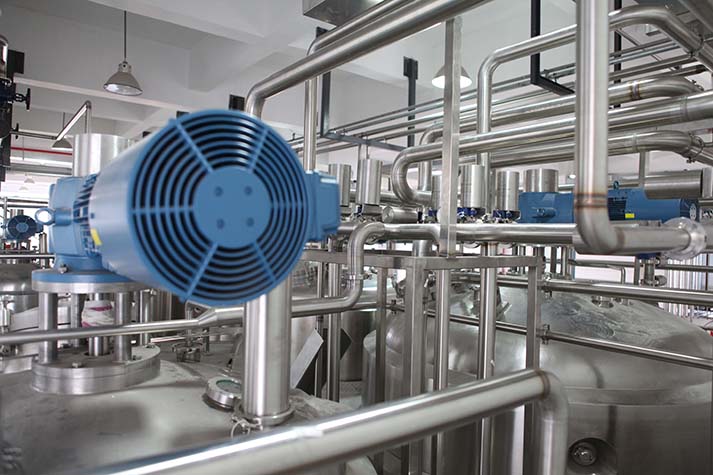 I don’t think I could do my job without PDQ...

Falcon Plastics is a private plastics manufacturer that services a variety of industries, including healthcare, construction, athletics, and more. Founded in 1975, the company operates four manufacturing facilities and has around 250 employees.

I had the chance to sit down with both Eric Stoick and Jordan Ekern, members of the IT team at Falcon Plastics, to hear their story using PDQ at Falcon.

Jordan came across PDQ nearly 10 years ago while browsing Reddit. References to PDQ appeared  everywhere, which made  him wonder, “Why are people saying such good things about PDQ?” After downloading PDQ’s free trial, Jordan and his team didn’t want to give it up. They purchased full licenses for their team just days later.

Life before and after PDQ

Before downloading PDQ,the Falcon team found it difficult to keep software up to date and maintain an updated inventory of their machines. Eric used spreadsheets to track inventories, but maintaining an accuratespreadsheet was nearly impossible.

Prior to PDQ, it was also tough for the team to onboard new team members quickly. Loading new software onto a machine required the team to work application by application, which became a tedious process. Now, Jordan gets the bare bones minimum image of a PC set up, joins it to the domain, and syncs to PDQ. He has all the necessary apps under the main setup.

With Active Directory, sys admins don’t have to make sure all of their smaller apps are up to date. PDQ Deploy enables IT teams to use auto-approval to download the newest version and kick the oldest version of the software, freeing up valuable time for other tasks

Jordan regularly builds packages so that he can automate tasks that would otherwise need to be performed manually. He recently built a package that automatically completes a task as the user without having to  interrupt their work with a manual update. Not only can Jordan complete the task automatically from his computer in minutes, but no one’s workflow needs to suffer because of an update. .

Jordan leverages PDQ’s ability to sync to Active Directory to mirror his Active Directory infrastructure in PDQ. This makes it easy to push updates to the right devices and streamline reporting across different teams.

One awesome feature I like is the sync to active directory. If a computer gets set up and I forget to add it by hand, PDQ scans and adds it to our network. I can push out updates as needed that same day…

After the Falcon teamonboarded PDQ, they came across several issues with their monitors. Using PDQ, they rana report todetermine  types of monitors attached to various computers. This allowed them to quickly  diagnose the problem and push the fix out to the computers that needed it, without interrupting users.

Eric and Jordan also use PDQ Inventory to track all of their various applications. For example, they have 50 instances of Google Chrome installed on their PCs. When 10 versions of Chrome are out of date, they can track the computers that need the update and push it out to just those computers.

A few months ago,a Windows update left users with a blue screen every time they tried to print with Zebra printers. As employees started messaging Jordan with their issues, he and his team quickly realized it was a Windows error, and they needed to act quickly to get people back up and running as soon as possible.

Saving time with PDQ to focus on what matters

Eric and Jordan both emphasized that their jobs would look very different without the time-saving functionality and ease of PDQ. The amount of time that it saves them on an average day makes it possible to keep up with pace of day-to-day business, plus the demands of a growing company that often brings on new team members last minute..

PDQ saves me so much time. We literally would not get everything done in a reasonable amount of time without it…

To see how PDQ can work for you and your organization, sign up for your 14-day free trial. Or, schedule a demo to get a full rundown of PDQ’s features, benefits, and more.