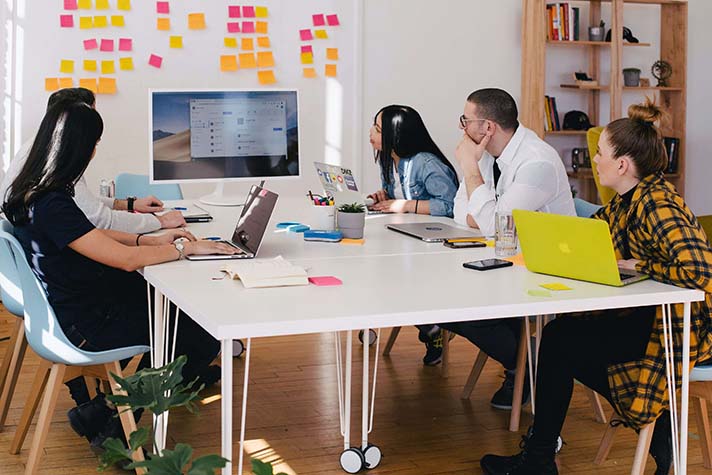 “When I started using PDQ, I thought it was pretty amazing. It was so easy to get it up and running. I was blown away by how easy it is to get new workstations or renderblades with the new software. It made things much easier and faster…”

The Saatchi & Saatchi Compadres Studio team is an internal group within Saatchi & Saatchi, a multinational creative communications organization based in London, UK. John Morrison runs a four-person IT team within the studio, while Sean Vo acts as system administrator. Their team is the go-to resource within the company for any programming requirements.

The Compadres Studio’s primary client is Toyota. As a result, the studio is on a separate, air-gapped network. Continuous internet access is not allowed for security reasons, making it difficult to download updates and keep software current. Some workstation updates require the workstation to be disconnected from the studio network and attached to the internet.

Since the studio’s inception, keeping track of workstations, software, and hardware contents across design and engineering teams has been a challenge.

John Morrison noted, “Spreadsheets were the only option back then to track all of our software and hardware. On top of that, deployment of software was a manual process done to each workstation or server as needed. New workstations took hours to manually install the required software…”

In search of a dynamic solution

Eventually, the studio’s growth became unsustainable for the Saatchi IT team. The network, the number of workstations, and the number of servers were all growing. Managing it all from spreadsheets and personal documentation was just no longer an option. John knew that they either needed to find a better solution, or add personnel to manage IT needs.

Since advertising is project-based, staffing was highly variable and could ramp up extremely quickly when new projects sold. When a substantial amount of work came in, the company would bring in freelancers and rent equipment, then return each item of the rented equipment once the project was completed.

Sean, who joined after John brought on PDQ, said, “I can’t imagine how crazy it was to manage the render nodes and workstations without PDQ.”

Before PDQ Deploy, it would take a day of John’s time to bring up a workstation and bring in the software to get it ready for an artist to use. Even sitting next to them and doing all of the machines in parallel still took a considerable amount of time.

Learning a new software package can be a steep learning curve, but for John and Sean at Saatchi, getting into PDQ was simply intuitive.

“It was incredibly fast. It’s just installing the software. I set the key, point it to Active Directory, and lo and behold, we had inventory operational.”

Building packages was the main hurdle to getting into PDQ Deploy, but its pre-built packages helped them push software the same day that they purchased the license.

Not only was it intuitive for John to kick off PDQ at Saatchi, but it made it easy for John to pass on patch management responsibility to Sean when he started. Onboarding new team members to an IT team can be a tedious and time-consuming process, especially when they aren’t used to new systems or software. This was not the case for Sean when he started using PDQ.

“It was amazingly easy for me to pick it up. As I looked at Deploy and the packages that John and his team had set up, I just needed a little referencing to see options for installation. I hardly had any questions...”

PDQ is a game changer

Last year, Saatchi received nine new workstations all at the same time, meant to replace the old workstations artists were using. Sean was tasked with getting those computers up and running. Beforehand, he believes the process would have taken days to get it ready. With PDQ? It took 20 minutes from start to finish.

In another instance, Saatchi was in the process of replacing and upgrading graphics cards on all of its workstations. John used PDQ Inventory’s reporting capability to compile a list of all the team’s workstations, graphics cards, and memory to create a report that determined which station had an old card and which could handle new graphics cards.

Without PDQ, he would have had to go to each computer, issue several commands to fetch the relevant data points, and record that in a spreadsheet.

“I get software requests all the time from our artists. They often switch between workstations, and sometimes a machine is missing software. With PDQ Deploy, I can get it set up in five minutes. In fact, it’s so fast that it has surprised my artists. They were like, ‘Wow! I didn’t even know you did anything.’”

To see how PDQ can take your system’s administration to the next level, try our 14-day free trial. You can also schedule a demo to see PDQ’s features, benefits, and more up close.