A conversation with Doug Ressler 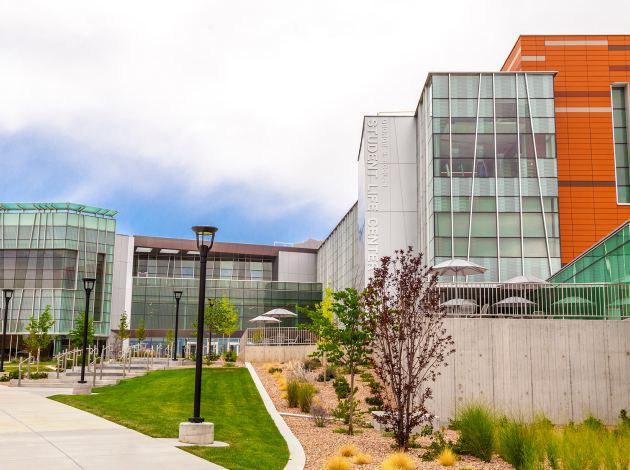 “If I had to go back, I couldn’t do it. We’d have to bring on several more people just to do what I do."

The University of Utah College of Engineering:

Since its founding in the 1890s, the University of Utah College of Engineering has graduated over 25,000 engineers across multiple departments. The college is also home to a robust research program that ranks in the top 50 nationally for productivity.

As technology advances, the school’s focus on computer science has expanded. With a 209,000-square-foot School of Computing facility in the works, the need for up-to-date machines continues to grow.

Doug Ressler is a sysadmin with the Dean’s Office IT team. He’s tasked with maintaining vast computer resources across eight departments. However, when he first took over the role, doing so was unsustainable.

“They were installing everything from disc. We’re talking OS, Office, Adobe from disc...You can’t do that with one hundred computers and be productive.”

A higher education setting requires advanced technology. But with a limited team and increasing demands, Doug needed to find a way to enhance efficiency without hiring additional staff.

Increasing responsibilities without expanding the team

The challenge is all too familiar. The IT department does a great job keeping machines up to date. In fact, it performs so well that the powers that be reward the team’s hard work by adding departments to its portfolio. Of course, the staffing levels remain unchanged. This presents a dilemma as old as IT itself: How do you maintain the level of service without increasing the staff size?


Doug’s IT department knows the struggle all too well. As time passed, the team gathered more and more responsibilities, picking up additional labs and departments that no longer had their own IT departments.

Since the team’s role expanded, it needed to find a solution to automate the time-consuming task of patching machines across departments.

Doug set up PDQ Deploy and Inventory quickly. It didn’t take long for him to realize that they were the solutions he was looking for, improving his productivity substantially to help him meet the increasing demands.


When he started to create packages, Doug realized that PDQ had already done most of the work for him. MSI and EXE files were there and needed little to no modification. He began deploying packages to his labs with ease.

“Right now, I’m taking care of more machines all the time...without PDQ, I don’t think I could do it. We don’t have enough staffing to do everything that needs to be done.”

As the needs of Doug’s IT department continue to grow, PDQ Deploy and Inventory will grow with them. Rapid, friendly support is just one of the ways PDQ supports Doug’s team.

“Every time I’ve had to do a trouble ticket, it’s been very quick, very responsive, very accurate in what they tell me to do...I’m just incredibly pleased with the support that PDQ has offered me.”

PDQ Deploy and Inventory are uniquely suited to the needs of universities. Sign up for a free trial today to see how much easier your job could be.