A conversation with Ashley Wilson 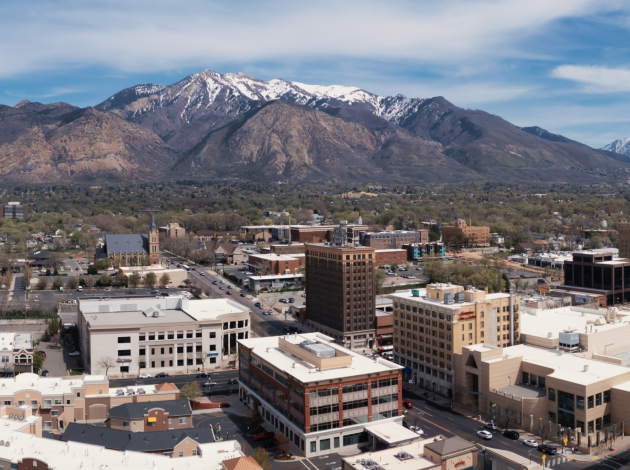 “PDQ helped us in a way that’s completely unbelievable.”

Situated at the foot of the Wasatch Mountains, Ogden is home to over 87,000 residents. While the picturesque city is a draw for outdoor enthusiasts, the city’s IT team was all too often trapped inside maintaining computer systems. Police, fire, streets, golf courses, community centers, and other departments require well-maintained computers to serve and protect Ogden’s residents. But maintaining and updating 800 machines with limited staff and resources was challenging.

Ashley Wilson, Ogden City’s IT manager, recognized that the IT team needed the right tools for the job.

Many city governments know the challenge well: How do you maintain hundreds of machines across diverse departments in different locations without overextending your time, staff, and budget?

For the Ogden City IT team, it took seven days to set up and deploy 10 machines. Patching and maintaining existing machines without a full-time scripter on staff added another layer of complexity to the process.

“It was really frustrating to be able to push out a software.”

PDQ: Too good to be true?

The Ogden City IT staff heard about PDQ Deploy and Inventory and decided to investigate. After participating in a demo and seeing the software in action, they signed up for the trial that night. Despite being impressed, the team still had doubts. They assumed that the software couldn’t do what they needed, but they were soon proven wrong. By the end of the week, Ogden City’s IT department started the paperwork to purchase Deploy and Inventory.

“I was really skeptical about PDQ and what their cost was upfront, thinking ‘there’s no way this can be such an awesome software and be that low cost.’”

Rapid implementation and a smooth transition

While the Ogden City IT team purchased PDQ Deploy and Inventory quickly, they implemented the software with a similar speed. Setup was fast, easy, and yielded quick results.

Ashley and her team were now able to scan hundreds of devices, detect which machines had outdated applications, and push out updates with just a few clicks. Best of all, the intuitive interface required minimal training and no additional personnel, so the team could start using Deploy and Inventory right away.

The Package Library contains over 200 prebuilt software packages that are tested and ready to deploy, allowing Ogden City to set up and deploy machines in two days instead of a week.

The Auto Download feature further simplified the lives of the IT staff. The newest application versions were downloaded automatically from the Package Library, scheduled, and deployed even if the team was out of the office.

“That has really taken the stress out of our office...You can totally see that on my technicians’ faces when they get done installing a computer, and they’re like ‘hey, that was 5 minutes.’”

PDQ Deploy and Inventory automated many of the team’s mundane, manual tasks, improving morale in the department.

By simplifying workflows, automating deployments, and improving the team’s efficiency, PDQ helps the Ogden City IT department tackle new challenges and do more with less. Ashley and her team can continue to respond quickly to meet the needs of city organizations and departments, providing the necessary support for the community to thrive.

“Using PDQ to change the game in our deployment has...changed the morale in our office.”

Explore PDQ’s game-changing features for yourself by scheduling a demo or signing up for a free 14-day trial.